Collection of comics about obsessions, freedom and romance

“...this comic book does not, as it might seem, glorify the autistic sensibility or the ultimate adequacy of the cognitive interiority, but it offers a critique of the dominant forms of emancipation in modern liberal democracy.” - Excerpt from afterword by Šefik Tatlić


Kostja Ribnik was born in 1979 in Bihac, Yugoslavia, where he graduated from the High School of Arts. Subsequently, he decided to be a musician so he played in a few ‘free jazz’ bands as a mandolin player. In the past ten years he became an avid music record collector. In the winter of 2012 he started making comics and publishing them online. In 2013 he collected eight comics he made with Ella Gall, his script writer, in a comic book called “Glimpses of Comfort”, which was published by “Stripnjak Comics” from Sarajevo. He lives in Sarajevo, Bosnia and Herzegovina, and you can read his comics online and follow his blog on
http://www.kostjaribnik.com/

Ella Gall entered this world in 1980 in Mostar, but she continued exploring other worlds and their events, inhabitants and their contemplations... She soon discovered that those worlds are just an echo of this one, somewhat distorted, sometimes very clear, but sometimes unheard, so she decided to give it some noise, on paper. 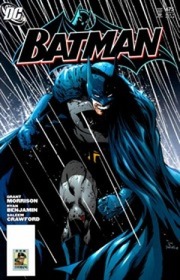